In the seventies, my mom got married a second time. Her new husband had a couple of kids and two of those kids lived with us, Eric and Heidi. They liked going camping. They had a tow-behind pop-up trailer and we would go places. Some of it was fun. Some of it wasn't fun. Part of it, which wasn't fun, was that I was forced to listen to country music. Maybe you liked country music as a kid. I did not. I thought it was whiny. I thought the fiddle, the banjo, all that kind of stuff was just almost making me feel like I needed to put earplugs in or a pillow over my head to make sure that I didn't hear it. It wasn't like I could complain. I'm a little kid, I'm five years old and track after track played out of the vehicle. My gosh. Are we there yet?

From the seventies, all the way to the early nineties, I listened to classic rock, hip hop, R&B, etc. I'm off to college, late 91 and I passed by a campus radio station. I asked if there was an opportunity for me to get an on-air shift or whatnot. From that, I got an opportunity to work at our local radio station.

Don't rule out giving it another shot. There's something magical about going back and maybe, in the end, you still won't like it. That's okay. At least, you tried again. 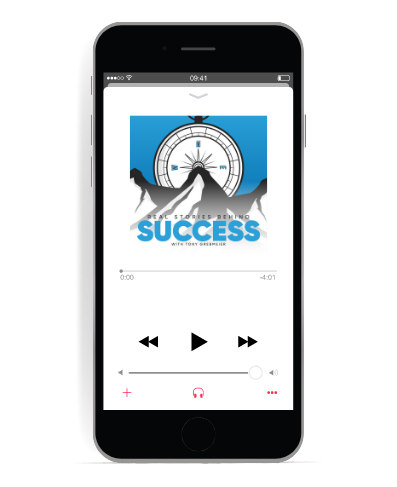 By the way, it was a country station, pushing buttons for a show with a guy named Bob Kingsley. I think it was called American Country Countdown. I could be mistaken. It was a recorded show sent to the radio station during the week. Then on Saturday or Sunday, I usually do a shift that didn't have a lot of listeners, 6 to 10, I would play it. I think $8 an hour is what I made pushing buttons.

I said yes to that opportunity at a country station to push buttons for this show. I started listening to nineties country and it sounded way, different than the seventies country that I was forced to listen to. But on that show, they would reflect and play an old classic. Some of it made me cringe and some of it made me dance.

The reason this story is important is that sometimes we're asked to do something and our knee-jerk reaction is no. For me, that's still true today. I'm a "no" person at first. Some years later, though, when I got the opportunity to work at that college station to then get my first job in radio. And I said, yes, my life changed.

Sometimes we're going to do things that we don't like. And sometimes we're going to do things a second time and find that we have missed out. And why did we wait? Everything happens for a reason, all bringing us to the point we're at right now.  If I didn't say yes to country music, there would be no Amber. There would be no Ethan and Owen and my life wouldn't be where it is today. As my son, Owen has taught me, he says, say yes until it makes sense to say, no. I like that.

I have learned that "give it another shot" has been some of the best advice I've ever been given. Maybe this time it'll be different. One of those artists that I couldn't stand in the seventies or I didn't understand, maybe, I'll put it that way, was Willie Nelson. I just, I didn't get it. Today I love him. During my radio career, I got an opportunity to MC and bring Willie onto the stage. I wanted to meet him. Usually, during a performance, the singer sings, and then afterward you don't get to talk to them. They usually get on their bus and go on their way. But Willie was open to meeting everybody who lined up and wanted to meet him.

And…I waited my turn and Willie said, "Hi Tony." He read it off my jacket. We chatted for about two minutes and then he made eye contact and then he looked right at me and he said, "Nice to meet you, Tony." He did that for every person in line.

That has really helped me over my life to make moments matter. It taught me to genuinely look people in the eye when you're having a conversation with them. Today, I love country music. It is absolutely a hundred percent my music of choice. I love my hip hop. Don't get me wrong. I love my eighties' music, but country music is amazing. I'm glad that I said yes to something I said no to before. I tried it again and I didn't quit. And I want that lesson for you.

Here are three takeaways:
1. Say yes until it makes sense to say no.
2. Even if you walked away from something in the past, let yourself try it again.
3. You won’t know how much saying “yes” can give you until you do it.

Don't rule out giving it another shot. There's something magical about going back and maybe, in the end, you still won't like it. That's okay. At least, you tried again.

That's some really amazing advice because it literally transformed my life. If I would've said no, I look to where I'm at today… I wouldn't have any of it. It's the good, the bad, and the ugly. It's all part of it. It's all part of our plan in life that I think is laid out for us. We're just enjoying it one day at a time.

Until next time, make today the absolute best day of your life.

Thanks for listening to today's show. Before you go, let me ask you a question. How would you like to be the architect of your journey in this game? We call life. Take the next step. Head to the free Be Fulfilled Course to get the first week of the Be Fulfilled Journal for free. It'll give you more clarity and freedom in your day, and it might just change your life forever.